I AM LISTENING TO
|
WAS ICH LIEBE
Development Hosting 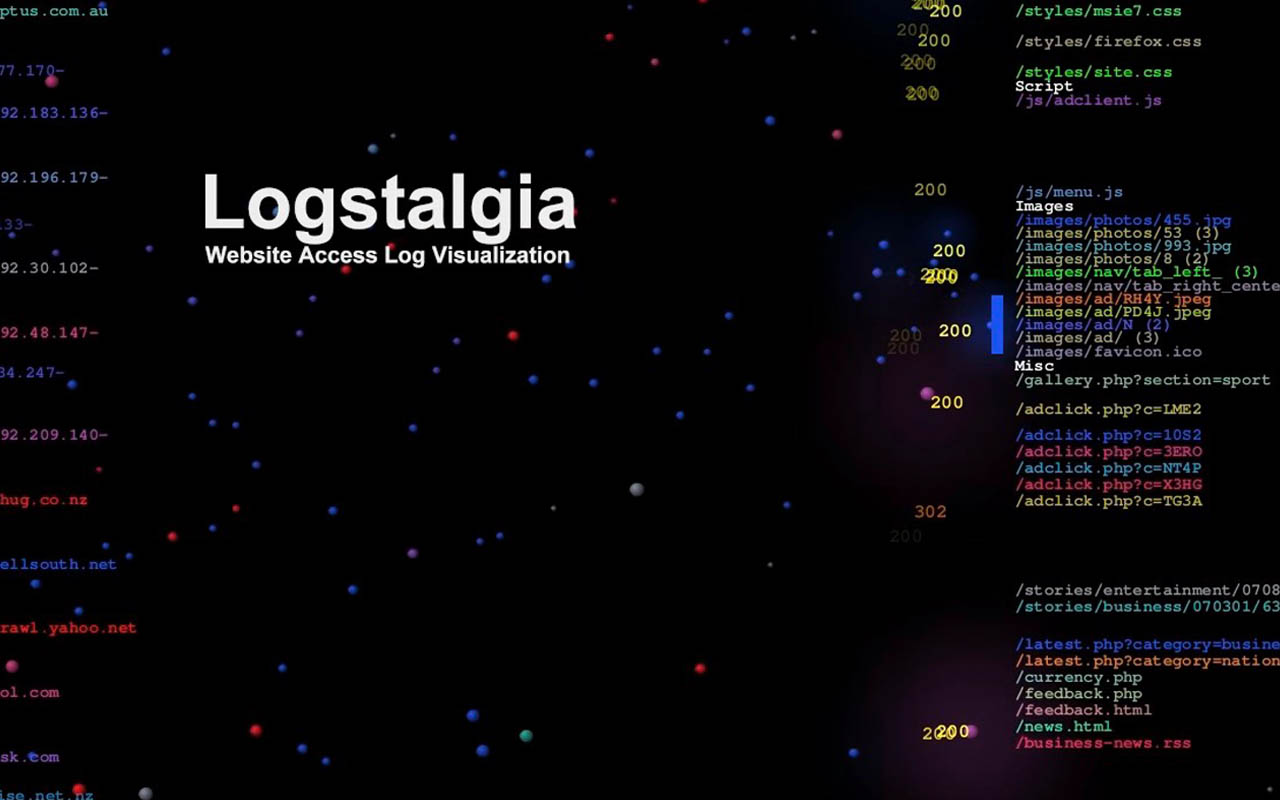 “Logstalgia is a website traffic visualization tool that replays or streams web-server access logs as a pong-like battle between the web server and an never ending torrent of requests.

Requests appear as colored balls (the same color as the host) which travel across the screen to arrive at the requested location. Successful requests are hit by the paddle while unsuccessful ones (eg 404 – File Not Found) are missed and pass through.

The paths of requests are summarized within the available space by identifying common path prefixes. Related paths are grouped together under headings. For instance, by default paths ending in png, gif or jpg are grouped under the heading Images. Paths that don’t match any of the specified groups are lumped together under a Miscellaneous section.”